7 Marketing Lessons From The Golden Globes

Despite the controversies surrounding these awards over the voting system of its members, there have also been some marketing lessons to take away from the Golden Globes over the years.

Below are the 7 marketing lessons that every business, influencer, and entrepreneur should learn from the Golden Globes.

It is impressive how celebrities like Sterling K. Brown, Tina Fey, Ricky Gervais, among others used the right tone during their opening monologues to address the lack of diversity before members of the HFPA.

The Hollywood Foreign Press Association is a 105 member non-profit organization, made up of entertainment industry journalists and photographers from about 55 countries worldwide, none of whom are black.

Playfully and jokingly, these celebrities tactfully conveyed a message that warranted a response from HFPA. And hopefully, we’ll be able to see more diversity in the Golden Globes.

Golden Globes Marketing Lesson #2: Using Your Platform To Spread Your Message And Values

During her 77th Golden Globes acceptance speech for Best Actress in a Limited Series or a Motion Picture Made for TV, actress Michelle Williams encouraged Women to vote in their self-interest, as it’s what men have been doing for years.

While Ellen DeGeneres and Nicole Kidman used their interviews to spread awareness about the Australian wildfires along with messages of hope and comfort.

Are you overwhelmed by all the ‘marketing’ stuff out there? Take this 2-minute quiz and generate a personalized marketing plan for your business.

“Globes are Just like the Oscar’s, but without all that esteem. Golden Globes are to the Oscars what Kim Kardashian is to Kate Middleton. A bit louder, a bit trashier, a bit drunker, and more easily bought.”

Said Ricky Gervais during his opening monologue for the 69th Golden Globes.

Golden Globes Marketing Lesson #4: A Unique Approach Will Set You Apart From Everyone Else

At the 77th Golden Globes, Ansel Elgort stood out when he showed off his singing skills as he chose to sing the category name of the award he was presenting together with Dakota Fanning, as opposed to just simply reading it.

It’s no wonder that Elton John, the winner of that Best Original Song in a Motion Picture category nearly took a tumble as he moved to accept the award.

Golden Globes Marketing Lesson #5: We Could All Use A Good Review

Phoebe Waller-Bridge the Fleabag star who won the Best Actress TV Series at the 77th award ceremony, for putting Fleabag on his best of 2019 list, at the end of her speech, Phoebe Waller-Bridge thanked Barrack Obama, who has always been on her list. And attributed Fleabag’s success to his stamp of approval.

Golden Globes Marketing Lesson #6: Being Flexible And Relatable Will Go A Long Way In Engaging Your Audience

As he accepted his award for best comedy actor, Jason Sudeikis wore a comfortable, buzzworthy hoodie which worked out well for his sister’s company that made it as it sold out the very next day.

Celebrities like Nicole Kidman were also seen sitting in attendance with their families some of whom people had never seen before.

Due to the pandemic, the 78th Golden Globe award ceremony happened online and at home, so it could all have easily been an email, right?

And whether it’s been the best or worst so far, we can’t say for certain, but it sure was eventful.

Golden Globes Marketing Lesson #7: Place Yourself In The Middle Of The Action

In 2019, at the 76th Golden Globe award ceremony, one of the show’s highlights was the Fiji water influencer marketing stunt. A girl holding out a tray of Fiji water went viral for making her way into almost every celebrity red carpet photo that evening.

And those right there are the 7 marketing lessons that every business, influencer, and entrepreneur should learn from the Golden Globes. 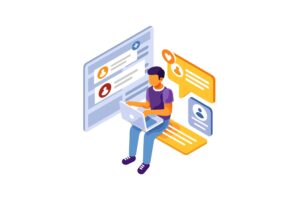 You can employ dozens of tricks to attract customers, boost conversions, and position your brand as an industry authority. But if you want to secure the best results with minimum effort, your best bet is to start using social proof on your website. 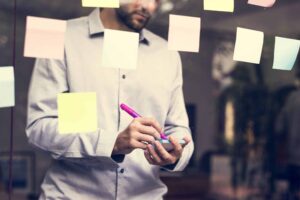 How To Make Mindmaps for Project Management

Mindmaps are a visual way to organize and display information. They can be used as an effective tool for brainstorming, organizing thoughts, or presenting ideas in a creative way. Mind mapping is best when you have large amounts of information that need to be analyzed and organized quickly. It also works well for complex projects because it lets you see the big picture while still focusing on the details at hand. 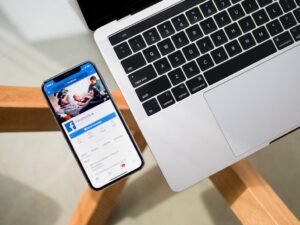 The Importance of Replying to Facebook
Messages: How to Do It the Right Way?

Social networks have become customer support. And it didn’t happen yesterday. Clients have become ultra lazy and like to get an answer right away. Instantly. Without waiting. They don’t call on the phone anymore. They don’t even send an email. They post Facebook messages on your page and expect an instant response.
Scroll To Top